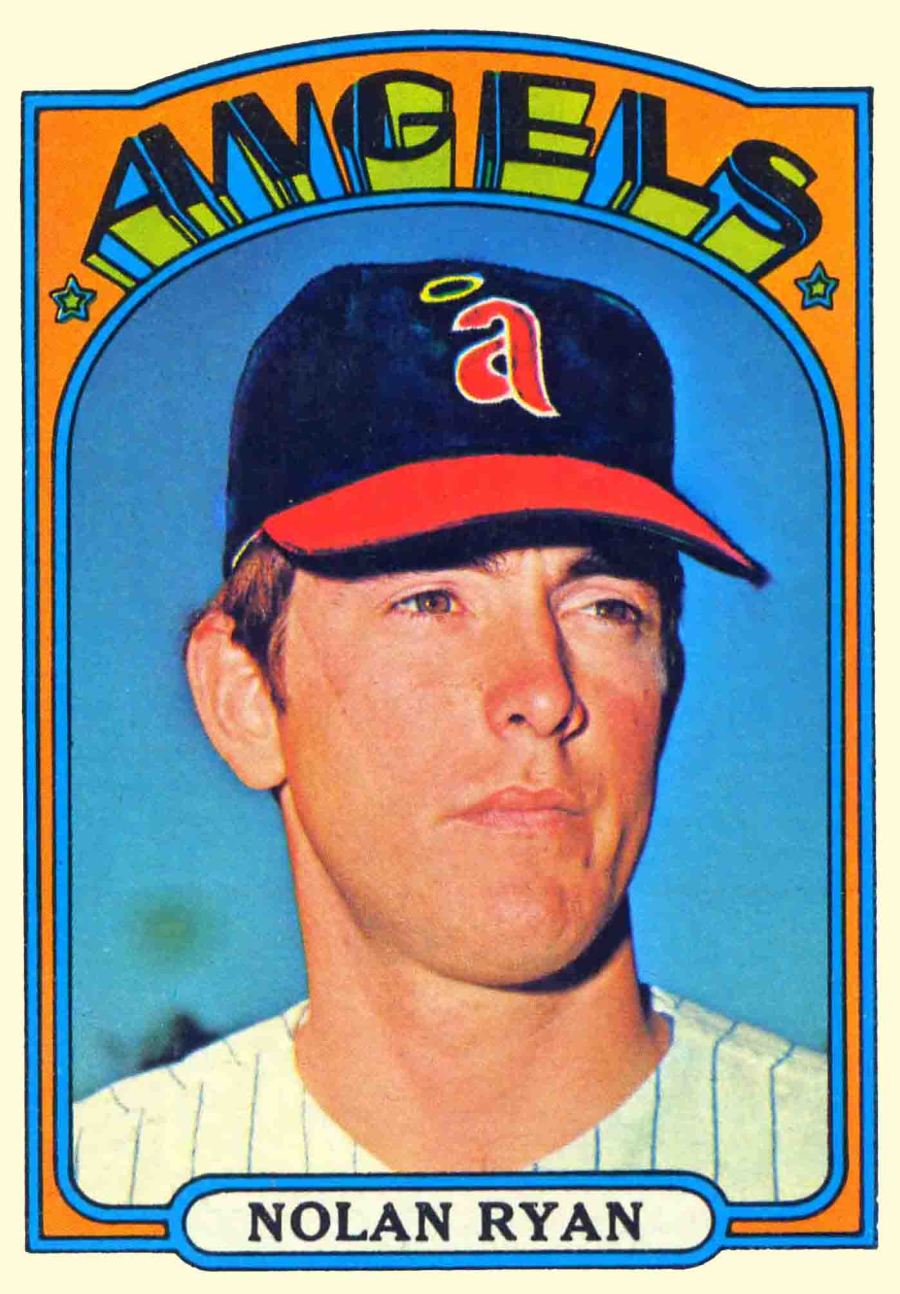 On December 10, 1971. one of the worst trades in baseball history was made, prompting one of the most hideous-looking baseball cards ever to be produced.

On that day, the New York Mets sent 24-year-old fireballer Nolan Ryan along with three prospects to the the California Angels for shortstop Jim Fregosi.  In hindsight, the deal was a disaster for the Mets, but the deal made sense for both clubs at the  time.

The Angels obtained one of the liveliest — not to mention most erratic — young arms in baseball.  Ryan posted a 29-38 record with an impressive 493 strikeouts, but an alarming 344 walks over five seasons with the Mets.

The Mets were adding an established big leaguer believed to be in the prime of his career.  Manager Gil Hodges immediately moved  Fregosi  to third base, where 45 players had come and gone in the Mets’ 10 years of existence.  The last of the original Angels of 1961, Fregosi battled numerous physical problems in his one season with the Angels, including a bad bout with the flu, a sore arm, a strained side muscle, and a tumor in his foot.  The six-time All-Star batted just .232 with five homers, and 32 RBI in 101 games for the Mets.

Ryan moved on to a Hall of Fame career that included a major league record seven no hitters, 61 shutouts (seventh all-time), 324 wins, and became all-time strikeout leader with 5,714.  This is just one of many trades of a big-armed, but erratic young pitcher dealt for a proven veteran.  Unfortunately for the Mets it will be remembered as one of the most lopsided deals in baseball history.

In the early ‘70s baseball card sets went to press in late-December or early-January to be ready for distribution by the start of the baseball season.  As a result, Ryan’s head shot for the 1972 Topps set was taken while he played for the New York Mets.  The wrong Angels logo (they went to a capital A in 1972) was poorly airbrushed over Ryan’s Mets cap.  For some unknown reason, the Topps production team failed to airbrush the pinstripes clearly visible from his Mets jersey.

To make matters worse, Ryan’s doctored image was printed inside the grotesque 1972 Topps tombstone design.  Keeping up with the times and looking to change the drab designs of 1970 (gray borders) and 1971 (black borders), the 1972 Topps design features a bright, almost psychedelic color scheme.

One of the most controversial baseball card sets, the 1972 Topps series draws the ire of  long-time collectors for emphasizing the product and team rather than the player. The team name above the player image is energized with bright, bold lettering that creates a three-dimensional look.  The player name, however, is printed in a simple black font at the bottom of the card.  Going against tradition, there is no mention of the player’s position.

The 1972 Topps set is not without merit.  The series includes the rookie card of Hall of Fame Catcher Carlton Fisk, which he shares with Cecil Cooper (the featured player), and Mike Garman.  The series also features the last regular card issued during Roberto Clemente in addition to late cards of Hall of Famers Willie Mays and Hank Aaron.  Other featured Hall of Famers include Reggie Jackson, Tom Seaver, Steve Carlton, Joe Morgan, Frank Robinson, and Fergie Jenkins.