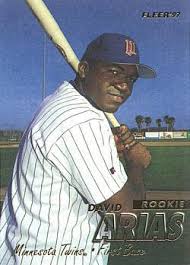 Since joining the Red Sox 13 years ago, David Ortiz has become the face of the franchise, leading the team to three World Series championships while becoming just the 27th member of baseball’s exclusive 500 home run club. In his final season, Ortiz has become increasingly popular among baseball card collectors. A wide-range of Ortiz variation, rookie, game-used-memorabilia, and autographed baseball cards have been heating up the hobby since the start of the 2016 season.

Some of the most memorable and coveted baseball cards are the ones that capture a unique moment in baseball or a city’s history. The rare variation of Ortiz’s 2013 second series Topps card captures one of the more emotional moments in Boston sports history. A defiant Ortiz took the field just five days after the tragic Boston Marathon bombing, making an impassioned, heartfelt speech declaring the city’s resolve.

Known in collectible circles as the “Boston Strong” card, Ortiz is pictured with a microphone in one hand and a clenched fist raised to the heavens with the other. In the background is a giant American flag draped over Fenway’s left field wall, creating a uniquely patriotic scene. Upon release, the short-printed “Boston Strong” card sold in the $50-$75 range. Following the Red Sox third World Series title in 10 years in October of the 2013 season, the card was selling in excess of $150. With the Big Papi Farewell Tour in full swing, the card is currently selling for as much as $199.

When Ortiz joined the Red Sox in 2003, there was considerable confusion surrounding his rookie baseball cards. Prior to signing with the Red Sox, Ortiz played several seasons in the Seattle and Minnesota systems. Signed out of the Dominican Republic by the Mariners in 1994 just days after his 17th birthday, Ortiz, who gradually established himself as a power-hitting prospect, was traded to the Twins as the player to be named later for Dave Hollins prior to the 1997 season.

After joining the Twins system, Ortiz decided to change his baseball name. His legal name had always been David Americo Ortiz Arias. While playing with the Mariners, he went by his maternal family name (Arias) rather than his paternal family name (Ortiz). As a result, his earliest baseball cards are listed as David Arias. With the Twins, he requested to be called Ortiz, which has stuck ever since.

Ortiz joined the Red Sox as a platoon player in 2003, so many collectors didn’t connect the dots between David Arias and David Ortiz, meaning the Arias rookie cards were readily available for under $1 during the first half of the season. With more playing time came more home runs and a knack for late-inning heroics. By season’s end Ortiz slugged 30 homers in just 128 games, boasting the David Arias cards to $10-$15.

One of only two Ort 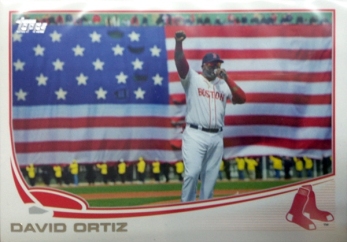 iz rookie cards, the 1997 Fleer “David Arias” card could be found in 1997 Fleer Series 2 packs. The base version of the card, sporting a throwback matte finish during an era of high-gloss cards, currently sells for $30. The far more limited “Tiffany” parallel version — one of the more valuable Oriz cards in the market — features a high-gloss look and feel while selling for $400 .

The other Ortiz (Arias) rookie is from the 1997 Fleer Ultra series, a slightly more upscale version of the Fleer set, sells for $35. The full-bleed, glossy look was a popular alternative to the high-priced Tiffany parallel set. Gold Medallion parallel versions display a different picture and gold-foil lettering. Limited to just 200 copies, the popular parallel version sells for $49.

The Topps Bowman brand, known as the “Home of the Rookie Card”, somehow bypassed Ortiz in its 1997 set. Sometimes wrongly advertised as a rookie, the 1998 Bowman Ortiz is readily available for under $4. Far more limited chrome and International refractor parallel versions sell for $18 and $15 respectively.

For oddball baseball card collectors, there is a handful of Ortiz minor league pre-rookie cards that have become quite popular in the slugger’s final season. The Ortiz (Arias) 1996 Wisconsin Timber Rattlers Midwest League All-Star card,is an overlooked gem selling for $48. His 1998 New Britain Red Cats Best minor league card is selling for $15. Both cards feature a relatively elementary design with simple white borders — a far cry from the the glitzy, full-bleed photos popular with major league sets in the late ‘90s. The more mainstream Upper Deck 1998 SP minor league Ortiz card — featuring a portrait of a svelte, smiling Ortiz inside a silver foil border — sells for $5.

Ortiz made his Topps debut in the 1998 edition where he was featured in a prospect card with future All-Star slugger Richie Sexson. Ortiz made his first appearance in a Red Sox jersey in the more obscure 2003 Fleer Update Series and the 2003 Upper Deck 40-Man set. All three cards can be had for $3.

The hobby’s most sought after and costly cards are serial numbered autographs of baseball’s top players. Ortiz autographs have been extremely active in the secondary market since the start of the season. His 1997 Donruss Signature Series Autograph is his first card to carry the name “David Ortiz” instead of “David Arias”. The base version (red background) has 3,900 copies and is selling for $122, while the Millennium parallel Version (green background) is limited to 1,000 copies and is selling for $225. Perhaps the most valuable Ortiz autographed card is the Signature Series Century Autograph (blue background) is numbered to just 100 and is selling for $600.

A common gripe among autograph collectors is Ortiz’s failure to sign within the designated area of the Donruss Signature Series. Most signatures in all three versions appear towards the side of the card rather than the bottom. Ortiz’s signing gaffe may have held down the card values before he established himself as one of the game’s top sluggers. There is no such issue today.The 2005 SkyBox Autographics signature card is available for under $60, providing a nice alternative to the high priced Signature Series autographs.

As Ortiz approaches his final playoff run, expect his baseball cards to sell at elevated prices. A deep Red Sox playoff run will mean increased attention for their charismatic slugger, which means inflated values for his cards. You can anticipate card values to decline and level off shortly after the 2016 season. The next boost for Ortiz cards will come in five years when one of the Red Sox all-time sluggers is Hall of Fame eligible.

The Hall of Fame electorate and many old school baseball fans have shunned the DH position since its inception in 1973. Edgar Martinez, one of the best pure hitters of his time, has yet to receive more than 36.5 percent of the HOF vote in six tries. Quality hitters such as Don Baylor and Harold Baines have barely registered a blip on the HOF ballot.

However, the anti-DH faction has been weakening in recent years. Enshrined in 2004, Paul Molitor served as his team’s DH for nearly half of the games he started. Last year, Frank Thomas became the first HOFer to DH in the majority of his games played.

Ortiz is looking to become the first full-time DH to receive baseball’s highest honor. He has established the standard for designated hitters, collecting more hits, home runs, and RBI than any other DH. His endless late-inning production — including 11 walk-off homers — have made Ortiz one of baseball’s most feared hitters throughout his Red Sox career.

Ortiz’s Mantle-esque playoff production (a slash line of .295/.409/.553 with 17 homers and 60 RBI) have made him one of the game’s most recognized players. His postseason success and affable persona has made Big Papi the ultimate fan favorite among Red Sox fans, which reflected by his many memorabilia cards. His 2013 Topps Tier One Game Used Jersey and 2014 Panini Classics Game Used bat cards, each selling for $15, are great additions to any Red Sox baseball card collections.